Biogeochemistry of a Forested Ecosystem 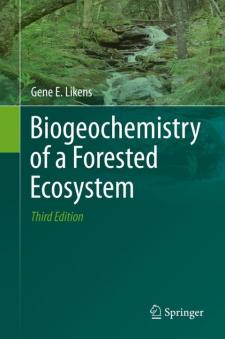 The goal of this Third Edition is to update long-term data presented in earlier editions and to generate new syntheses and conclusions about the biogeochemistry of the Hubbard Brook Valley based on these longer-term data. There have been many changes, revelations, and exciting new insights generated from the longer data records. For example, the impact of acid rain peaked during the period of the HBES and is now declining. The longer-term data also posed challenges in that very marked changes in fluxes occurred in some components, such as hydrogen ion and sulfate deposition, calcium and nitrate export in stream water and biomass accumulation, during the almost 50 years of record. Thus, presenting “mean” or “average” conditions for many components for such a long period, when change was so prominent, do not make sense. In some cases, pentads or decades of time are compared to show these changes in a more smoothed and rational way for this long period. In some cases, a single period, often during periods of rapid change, such as acidification, is used to illustrate the main point(s). And, for some elements a unique mass balance approach, allowing the calculation of the Net Ecosystem Flux (NEF), is shown on an annual basis throughout the study.