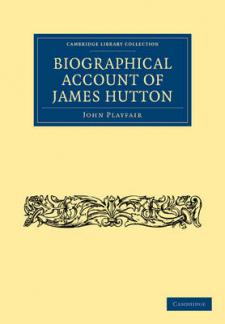 James Hutton (1726-1797) was an eminent Scottish scientist known chiefly for his work in geology. Educated at Edinburgh University, Hutton then travelled to Europe to study medicine before going into industry. He spent over a decade farming his family property in Scotland before returning to academic and commercial life. Hutton became an established geologist who also published on chemistry, meteorology and philosophy as an active member of the Edinburgh Royal Society. This volume, first published in 1805, is a detailed and affectionate chronicle of Hutton's life by his close friend, geologist and mathematician John Playfair. The author recounts Hutton's academic career, speculates on the motivation behind his foray into farming and includes a detailed discussion of his main geological theories. With little of Hutton's correspondence and papers surviving, this account by an intimate contemporary is the key resource for studying the life of an intriguing figure in scientific history.