Biology and Conservation of Horseshoe Crabs 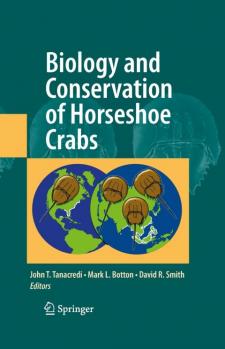 Horseshoe crabs, those mysterious ancient mariners, lured me into the sea as a child along the beaches of New Jersey. Drawn to their shiny domed shells and spiked tails, I could not resist picking them up, turning them over and watching the wondrous mechanical movement of their glistening legs, articulating with one another as smoothly as the inner working of a clock. What was it like to be a horseshoe crab, I wondered? What did they eat? Did they always move around together? Why were some so large and others much smaller? How old were they, anyway? What must it feel like to live underwater? What else was out there, down there, in the cool, green depths that gave rise to such intriguing creatures? The only way to find out, I reasoned, would be to go into the ocean and see for myself, and so I did, and more than 60 years later, I still do.