Bioterrorism: The History of a Crisis in American Society 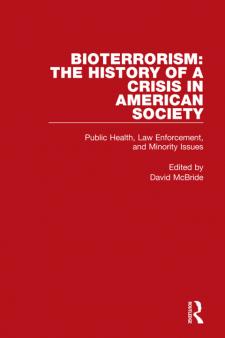 Originally published in 2003 and now reissued with a new introduction, this collection provides an invaluable, academic resource on the challenges bioterrorism posed for American society and institutions. Critically selected essays from a wide range of disciplines document and analyze the problems and implications for political, economic, and legal institutions, as well as the challenges a weapon of disease and fear can impose on public health and public policy. By placing bioterrorism into its historical context, this collection also traces the academic research and historical decisions that have contributed to the formation of American policies attempting to cope with a potentially catastrophic attack on the population in general and urban population in particular.