The Black Canary: Bird of Prey 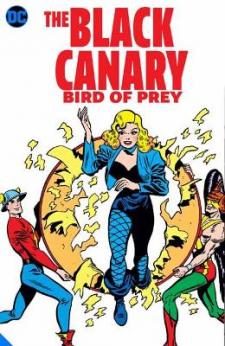 This bird won't be caged! Rediscover the origin of DC s original crime-fighting bird of prey in this collection of classic Golden and Silver Age tales! Introduced in 1947 as a supporting character in the Johnny Thunder backup stories in Flash Comics, Black Canary became an instant hit with readers. After stealing Johnny Thunder s thunder (so to speak), she earned her own starring feature that established her identity as Dinah Drake, a meek florist by day who dished out vigilante justice by night under the guise of the Black Canary. Black Canary often found herself tangled in the cases of Larry Lance, a down-on-his-luck private eye who operated his detective agency out of Dinah s flower shop. Whenever Larry found himself in way over his head, it was up to Black Canary s fighting skills and knack for crime solving to save the day, which broke convention from the typical damsel-in-distress archetype of the era. The Black Canary: Bird of Prey collects all of Dinah Drake s early comic book appearances from Flash Comics plus other adventures written and illustrated by comic book legends such as Robert Kanigher, Gardner Fox Carmine Infantino, and Murphy Anderson. This edition features stories from Flash Comics #86-88, 90-104; Comic Cavalcade #25; DC Special #3; Adventure Comics #399, 418-419; and The Brave and the Bold #61-62.