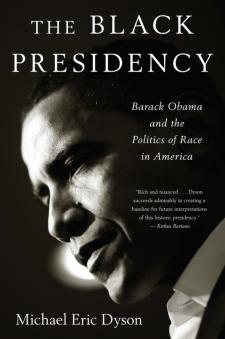 A provocative and lively examination of the meaning of Americas first black presidency, by theNew York Times-bestselling author ofTears We Cannot Stop. Michael Eric Dyson explores the powerful, surprising way the politics of race have shaped Barack Obama's identity and groundbreaking presidency. How has President Obama dealt publicly with raceas the national traumas of Tamir Rice, Trayvon Martin, Michael Brown, Eric Garner, Freddie Gray, and Walter Scott have played out during his tenure? What can we learn from Obamas major race speeches about his approach to racial conflict and the black criticism it provokes? Dyson explores whether Obama's use of his own biracialism as a radiant symbol has been driven by the president's desire to avoid a painful moral reckoning on race. And he sheds light on identity issues within the black power structure, telling the fascinating story of how Obama has spurned traditional black power brokers, significantly reducing their leverage.President Obama's own voicefrom an Oval Office interview granted to Dyson for this bookalong with those of Eric Holder, Al Sharpton, Jesse Jackson, Andrew Young, and Maxine Waters, among others, add unique depth to this profound tour of the nation's first black presidency. ';Dyson provesthat he is without peer when it comes to contextualizing race in twenty-first-century America A must-read for anyone who wants to better understand America's racial past, present, and future.'Gilbert King, author of the Pulitzer PrizewinningDevil in the Grove';No one understands the American dilemma of raceand Barack Obama's confounding and yet wondrous grappling with itbetter than [Dyson.]'Douglas Blackmon, author of the Pulitzer PrizewinningSlavery by Another Name