Blood of the Air 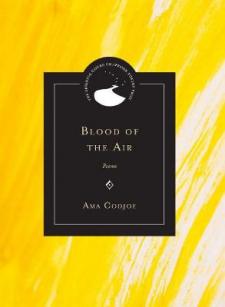 Blood of the Air creates a new mythology, repurposing spectacle, stereotype, and song. Inspired by the fictions and frictions of the past, each poem in this collection complicates the next. Lush lyrical moments give way to fracture, vulnerability, and reinvention. The title poem-one of several found poems-calls attention to stories told in the wake of sexual violence. In "She Said," the collection's longest piece, language culled from the transcript of a seventeenth-century rape trial feels eerily familiar. Formally dexterous and refreshingly bold, the poems in Blood of the Air are urgent, moving, and fiercely imagined. Though blood can flow from the site of a wound, Codjoe seems to say, blood is also a sign of life.