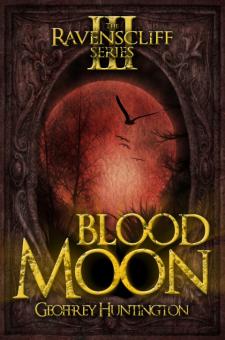 The thrilling conclusion to the Ravenscliff trilogy and “its brew of New England Gothic, character driven suspense and childhood magic” (Christopher Rice, New York Times–bestselling author).   A returning threat roams the halls of Ravenscliff Manor—the mad sorceress Clarissa—but she is only one of many problems facing Devon March. His budding relationship with Cecily takes a hit when he discovers she might be his (gulp!) sister, while his pal Marcus is mysteriously linked with the savage, gorilla-like beast that turns up in Misery Point on nights of the full moon.   The only way to solve these mysteries is to take another trip down the Staircase Into Time, with Devon emerging at the Ravenscliff of thirty years ago. A time when his guardian Amanda and the mysterious Rolfe are toddlers, and the Madman, Jackson Muir, is very much alive.   Praise for the Ravenscliff series “Seriously scary . . . Best described as Buffy meets teenage Goosebumps . . . Not for the squeamish!” —The Sunday Times   “The terror begins on page one and never stops! This is my kind of book—filled with magic and dozens of frightening surprises.” —R.L. Stine, New York Times–bestselling author