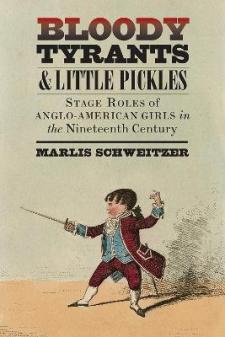 Bloody Tyrants and Little Pickles traces the theatrical repertoire of a small group of white Anglo-American actresses as they reshaped the meanings of girlhood in Britain, North America, and the British West Indies during the first half of the nineteenth century. It is a study of the possibilities and the problems girl performers presented as they adopted the manners and clothing of boys, entered spaces intended for adults, and assumed characters written for men. It asks why masculine roles like Young Norval, Richard III, Little Pickle, and Shylock came to seem 'normal' and 'natural' for young white girls to play, and it considers how playwrights, managers, critics, and audiences sought to contain or fix the at-times dangerous plasticity they exhibited both on and off the stage.Schweitzer analyzes the formation of a distinct repertoire for girls in the first half of the nineteenth century, which delighted in precocity and playfulness and offered up a model of girlhood that was similarly joyful and fluid. This evolving repertoire reflected shifting perspectives on girls' place within Anglo-American society, including where and how they should behave, and which girls had the right to appear at all.