From Bombay to Bollywood 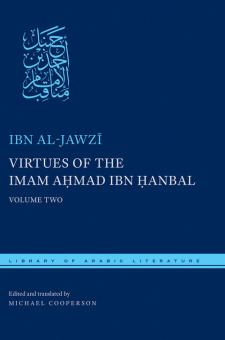 Ahmad ibn Hanbal (d. 241/855), renowned for his profound knowledge of hadith-the reports of the Prophet's sayings and deeds-is a major figure in the history of Islam. Ibn Hanbal's piety and austerity made him a folk hero, especially after his principled resistance to the attempts of two Abbasid caliphs to force him to accept rationalist doctrine. His subsequent imprisonment and flogging became one of the most dramatic episodes of medieval Islamic history. Ibn Hanbal's resistance influenced the course of Islamic law, the rise of Sunnism, and the legislative authority of the caliphate. Virtues of the Imam Aa mad ibn a anbal is a translation of the biography of Ibn a anbal penned by the Baghdad preacher, scholar, and storyteller, Ibn al-JawzA (d. 597/1201). It includes insights into Ibn a anbal's childhood, travels, and teachings, as well as descriptions of his way of life. This second and final volume gives a vivid account of Ibn a anbal's legendary confrontation with the caliphal Inquisition, including his imprisonment, trial, and flogging. Ultimately, it recounts how the people of Baghdad came to admire him as a symbol of Sunni Islam. A bilingual Arabic-English edition.