Books for Children, Books for Adults 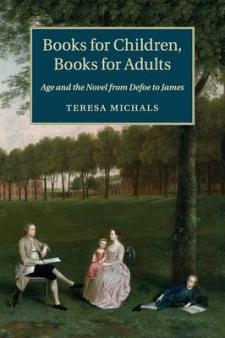 In this groundbreaking and wide-ranging study, Teresa Michals explores why some books originally written for a mixed-age audience, such as Daniel Defoe's Robinson Crusoe, eventually became children's literature, while others, such as Samuel Richardson's Pamela, became adult novels. Michals considers how historically specific ideas about age shaped not only the readership of novels, but also the ways that characters are represented within them. Arguing that age is first understood through social status, and later through the ideal of psychological development, the book examines the new determination of authors at the end of the nineteenth century, such as Henry James, to write for an audience of adults only. In these novels and in their reception, a world of masters and servants became a world of adults and children.