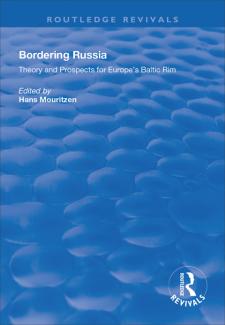 First published in 1998, this book exsplores the dilemma in Western policy towards Russia in recent years is whether to admit into NATO and the EU all those countries who wish to join, or whether to respect Russian sensitivities and be more selective. The Dilemma is at its peak for those countries bordering Russia; they are the ones who fear Russia the most, but whose integration into the West provokes Russia the most, a situation likely to strengthen Russian non-democratic forces. This is the dilemma that the present volume evolves around. Apart from stressing geopolitical fundamentals and the countries’ historical experiences, the book is also future-orientated. Will Europe’s Baltic rim become an outpost of the West with an iron curtain to its East, will it become an extensive ‘grey zone’, or will the countries become Western bridge-builder’s eastwards?