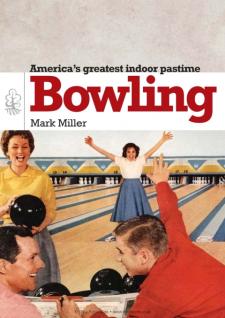 Bowling is a favorite pastime for millions of families, and since its 1960s and '70s heyday has come to seem quintessentially American. Yet in Egypt as early as 3200 BC.,and Europe as far back as 300 A.D.,games were played in which a ball was rolled in an attempt to knock down objects, suggesting that bowling might well be the world's oldest sport. Arriving in America in colonial times as an outdoor lawn game, and becoming an indoor pastime for the working classes with the influx of immigrants in the late 1800s, by the twentieth century bowling had evolved into the sport as we know it, which today is played at least once a year by 100 million people globally. Sportswriter and bowling historian Mark Miller takes readers on a fully illustrated journey into this beloved sport, revealing bowling's ancient origins, celebrating its heyday in the late twentieth century and charting its current revival, and capturing the spirit of the game and those who play it.