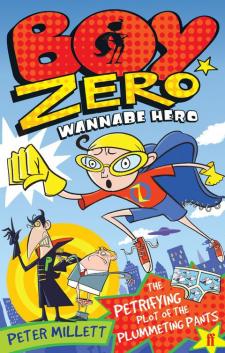 Casey Applejack's career as a superhero might be over before it's even begun. His mother wants him to choose a safe job as a TV game show host and the Super School has rejected him because his super powers aren't super enough.However, when the evil villain and wannabe rock star General Pandemonium captures all of the world's superheroes, and threatens to vaporise every pair of pants on the planet, it's up to Casey to save the day.Will he be a superhero - or will he be a superzero?