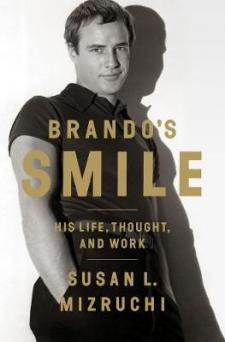 When people think about Marlon Brando, they think of the movie star, the hunk, the scandals. In Brando's Smile, Susan L. Mizruchi reveals the Brando others have missed: the man who collected four thousand books; the man who rewrote scripts, trimming his lines to make them sharper; the man who consciously used his body and employed the objects around him to create believable characters; the man who loved Emily Dickinson's poetry. To write this biography, Mizruchi gained unprecedented access to a vast number of annotated books from Brando's library, hand-edited copies of screenplays, private letters, and recorded interviews that have never before been quoted in a biography. Original interviews with some of the still-living players from Brando's life, including Ellen Adler, his one-time girlfriend and the daughter of his acting teacher Stella Adler, provide even deeper insight into the complex person whose intelligence belied the high-school dropout.

Mizruchi shows how Brando's embrace of foreign cultures and social outsiders led to his brilliant performances in unusual roles-a gay man, an Asian, a German soldier-to test himself and to foster empathy on a global scale. We also meet the political Brando: the civil rights activist, the close friend of James Baldwin, the actor who declined his Oscar to support Indian rights.

More than seventy stunning-and many rare-photographs of Marlon Brando illuminate this portrait of the man who has left an astounding cultural legacy.