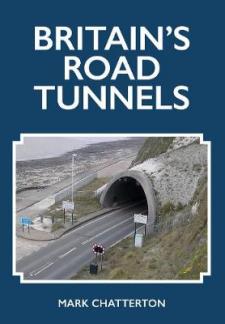 Many of us travel through a road tunnel every day without ever thinking about it. For the first time ever, tunnel expert Mark Chatterton has collated all the various road tunnels in Britain into one book. He first travelled through the Mersey Tunnel (as it was then known) as a child and from that moment he was hooked on tunnels.

Over the past decade he has travelled extensively all over Great Britain, researching and photographing Britain's road tunnels for this book. Britain's Road Tunnels looks at all of Britain's known road tunnels, from Attadale in north-west Scotland down to Samphire Hoe in Kent. It contains entries for over 200 different tunnels, supported by around a hundred photographs, with detailed information on each tunnel including its location, length and opening date. Well-known tunnels like the Dartford Tunnel, the Clyde Tunnel and the Mersey Tunnel are all included.