British Fascism After the Holocaust 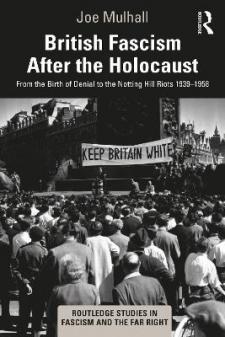 This book explores the policies and ideologies of a number of individuals and groups who attempted to relaunch fascist, antisemitic and racist politics in the wake of World War II and the Holocaust.

Despite the leading architects of fascism being dead and the newsreel footage of Jewish bodies being pushed into mass graves seared into societal consciousness, fascism survived World War II and, though changed, survives to this day. Britain was the country that 'stood alone' against fascism, but it was no exception. This book treads new historical ground and shines a light onto the most understudied period of British fascism, whilst simultaneously adding to our understanding of the evolving ideology of fascism, the persistent nature of antisemitism and the blossoming of Britain's anti-immigration movement.

This book will primarily appeal to scholars and students with an interest in the history of fascism, antisemitism and the Holocaust, racism, immigration and postwar Britain.