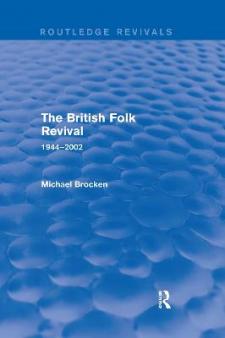 This title was first published in 2003. This work considers the post-war folk revival in Britain from a popular music studies perspective. Michael Brocken provides a historical narrative of the folk revival from the 1940s up until the 1990s, beginning with the emergence of the revival from within and around the left-wing movements of the 1940s and 1950s. Key figures and organizations such as the Workers' Music Association, the BBC, the English Folk Dance and Song Society, A.L. Lloyd and Ewan MacColl are examined closely. By looking at the work of British Communist Party splinter groups it is possible to see the refraction of folk music as a political tool. Brocken openly challenges folk historicity and internal narrative by discussing the convergence of folk and pop during the 1950s and 1960s. The significant development of the folk/rock hybrid is considered alongside "class", "Americana", radio and the strength of pop culture. Brocken shows how the dichotomy of artistic (natural) versus industry (mass-produced) music since the 1970s has led to a fragmentation and constriction of the folk revival. The study concludes with a look at the upsurge of the folk music industry, the growth of festivals and the implications of the Internet for the British folk revival. Brocken suggests the way forward should involve an acknowledgement that folk music is not superior to but is, in fact, a form of popular music.