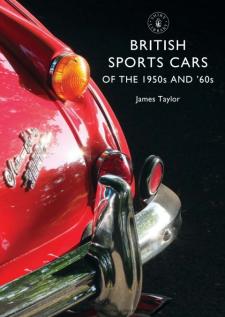 E-type Jaguar; Triumph Spitfire; MGA; Austin-Healey – nobody built sports cars like British manufacturers in the 1950s and '60s. There was something very special about the combination of low-slung open two-seater bodywork and spartan interior, a slick sporting gearchange and a throaty exhaust note. This was wind-in-the-hair motoring, and it was affordable by the average young man – at least, until he got married and had a family. MG and Triumph stood out as the market leaders, but many other c companies thrived, from luxury manufacturers like Jaguar and even daimler to other more affordable marques. This colourfully illustrated history tells the exciting story of the British sports car in the 1950s and '60s.