Building the South Side 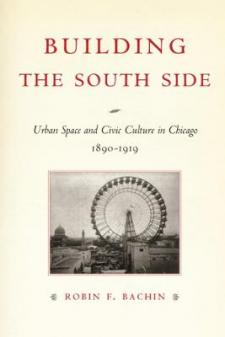 "Building the South Side" explores the struggle for influence that dominated the planning and development of Chicago's South Side during the Progressive Era. Robin F. Bachin examines the early days of the University of Chicago, Chicago's public parks, Comiskey Park, and the Black Belt to consider how community leaders looked to the physical design of the city to shape its culture and promote civic interaction.Bachin highlights how the creation of a local terrain of civic culture was a contested process, with the battle for cultural authority transforming urban politics and blurring the line between private and public space. In the process, universities, parks and playgrounds, and commercial entertainment districts emerged as alternative arenas of civic engagement.