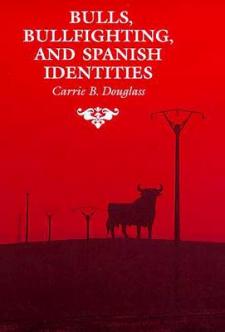 The matador flourishes his cape, the bull charges, the crowd cheers: this is the image of Spain best known to the world. But while the bull has long been a symbol of Spanish culture, it carries more meaning than has previously been recognized. In this book, anthropologist Carrie B. Douglass views bulls and bullfighting as a means of discussing fundamental oppositions in Spanish society and explains the political significance of those issues for one of Europe's most regionalized countries. In talking about bulls and bullfighting, observes Douglass, one ends up talking not only about differences in region, class, and politics in Spain but also about that country's ongoing struggle between modernity and tradition. She relates how Spaniards and outsiders see bullfighting as representative of a traditional, irrational Spain contrasted with a more civilized Europe, and she shows how Spaniards' ambivalence about bullfighting is actually a way of expressing ambivalence about the loss of traditional culture in a modern world. To fully explore the symbolism of bulls and bullfighting, Douglass offers an overview of Spain's fiesta cycle, in which the bull is central.
She broadly and meticulously details three different fiestas through ethnographic fieldwork conducted over a number of years, delineating the differences in festivals held in different regions. She also shows how a cycle of these fiestas may hold the key to resolving some of Spain's fundamental political contradictions by uniting the different regions of Spain and reconciling opposing political camps--the right, which holds that there is one Spain, and the left, which contends that there are many. Bulls, Bullfighting, and Spanish Identities is an intriguing study of symbolism used to examine the broader anthropological issues of identity and nationhood. Through its focus on the political discourse of bulls and bullfighting, it makes an original contribution to understanding not only Spanish politics but also Spain's place in the modern world.