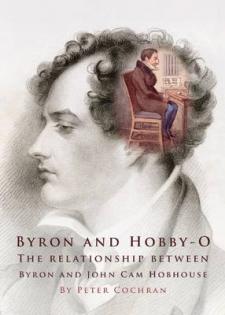 Byron and Hobby-O is about the relationship between Byron and his supposed best friend, John Cam Hobhouse. It is the first full-length biographical study of Hobhouse in over fifty years, and is much franker and more intimate than anything preceding. It shows how, while the two men were initially collaborators and rivals, Byron rapidly outstretched Hobhouse in poetry, while Hobhouse, in the longer term, outstretched Byron in politics. It shows how long acquaintance with the elusive and chameleonic Byron turned Hobhouse into a canter and humbug of the kind Byron hated, and concludes with an account of the first English invasion of Afghanistan, which Hobhouse initiated. The book is based in part on long study of Hobhouse's diary, much of which Peter Cochran has edited.