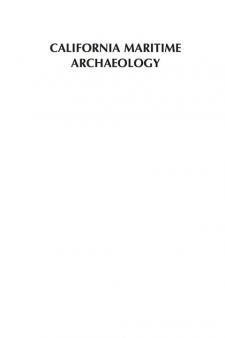 San Clemente Island is a microcosm of California coastal archaeology from prehistoric through historic times—not only because of the extensiveness of its archaeological remains but because those remains have been so well preserved. In California Maritime Archaeology, the authors use the island as a platform to explore evidence of early seafaring, colonization, paleoenvironmental change, and cultural interaction along the California coast. They make a strong case that San Clemente island should be seen as a kind of "California archaeological Galapagos," offering an extraordinary variety of ancient life as well as surprising information about prehistoric hunter-gatherers of the northern Pacific. The authors' two decades of research have resulted in this rich cultural history that defies widespread assumptions about California's ancient maritime history.