The Cambridge Companion to the 'Origin of Species' 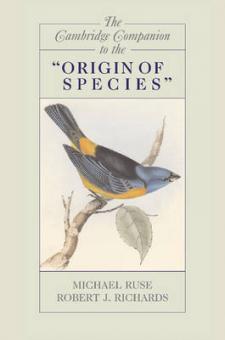 The Origin of Species by Charles Darwin is universally recognised as one of the most important science books ever written. The Origin of Species is also a work of great cultural and religious significance, in that Darwin maintained that all organisms, including humans, are part of a natural process of growth from simple forms. This Companion commemorates the 150th anniversary of the publication of the Origin of Species and examines its main arguments. Drawing on the expertise of leading authorities in the field, it also provides the contexts - religious, social, political, literary, and philosophical - in which the Origin was composed. Written in a clear and friendly yet authoritative manner, this volume will be essential reading for both scholars and students. More broadly, it will appeal to general readers who want to learn more about one of the most important and controversial books of modern times.