The Canadian Federal Election of 2006 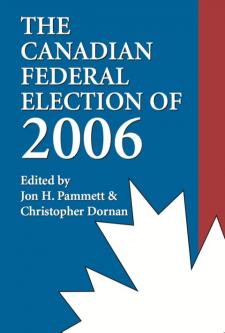 The Canadian Federal Election of 2006 is a comprehensive analysis of all aspects of the campaign and election that ended the 12-year Liberal reign in Canadian politics and saw the House of Commons shift from one minority government to another. The chapters, composed by leading political writers, commentators, and pollsters, examine the strategies, successes, and blunders of the major players - the Conservatives, Liberals, New Democrats, Bloc Quebecois, and Greens - and also explore the role of the media coverage and the performance and influence of public opinion polls. Special features in this definitive volume explore the way candidates are nominated and the changes in the legislation governing Canadian federal elections. Finally, the book includes a detailed analysis of voting patterns and the rate of voter participation.