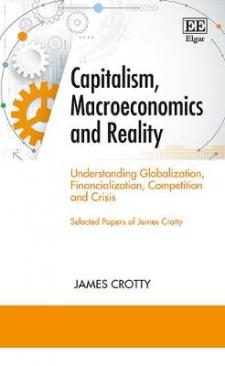 This wide-ranging set of papers deals with crucial questions in economic theory, economic policy and economic history. The papers help explain why economic performance deteriorated dramatically in the West over the past three decades as the "Golden Age" of capitalism after World War II was replaced by global neoliberal capitalism. They show that theoretical frameworks rooted in the radical and heterodox traditions can explain this evolution and the current global economic and financial crisis, something mainstream theories cannot do.

Topics include but are not limited to:

* methodology: a critique of "positivism" is used to explain why mainstream reliance on fairy-tale assumptions should be replaced by realistic assumption sets as argued by Marx and Keynes

* how innovative theories of competition, globalization, capital investment and financialization inspired by Marx, Keynes and Schumpeter can be used to explain the crisis tendencies of neoliberal capitalism

* the influence of class conflict on economic policy, including in the current "austerity" regimes.

The papers in this book should be of interest to most economists and can be used in both graduate and upper level undergraduate courses. Many of these papers are accessible to anyone who reads the business press.