The Case for Medicare for All 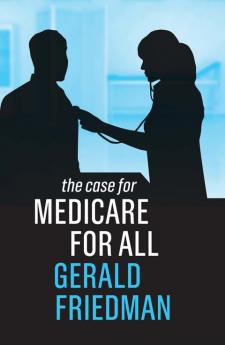 For decades, Americans have wrestled with how to fix their broken healthcare system. In this razor-sharp contribution to the healthcare debate, leading economist and former adviser to Bernie Sanders Gerald Friedman recommends that we build on what works: a Medicare system that already efficiently provides healthcare for millions of Americans.  Rejecting the discredited idea that healthcare should be treated like any other commodity, Friedman shows that healthcare is distinctive and can be best provided only through universal program of social insurance. Deftly exposing the absurdities of the opponents of reform, Friedman shows in detail how the solution to our health care crisis is staring us in the face: enroll everyone in Medicare to improve the health of all Americans.

This bold and brilliantly argued book is essential reading for anyone who wants to see Congress and the White House act to provide America with a 21st century healthcare system.