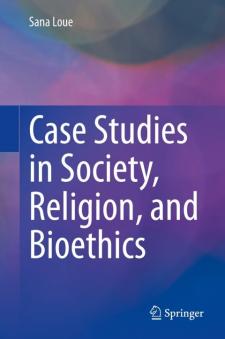 This book explores, through case studies, the interplay between religion, culture, government, and politics in diverse societies on questions arising in the domain of bioethics. The case studies draw from multiple disciplinary perspectives, including history, theology, law, bioethics, public policy, science, and medicine. The text's global perspective permits a comparison of the differing approaches adopted by countries facing similar bioethical quandaries and the extent to which religion has or has not been instrumental in addressing such dilemmas. Secular and religious societies across the globe are being confronted with complex questions involving religious belief and the extent to which specific religious perspectives have in the past or should in the future be adopted as official policy. Bioethical issues involving the interplay of religion and government have become particularly notable in recent years. How these issues are resolved has major implications for individuals, healthcare providers, and the future of medical research and medical care. Topics explored among the chapters include: Homosexuality: Sin, Crime, Pathology, Identity, Behavior Medical Error: Truthtelling, Apology, and Forgiveness Refusal of Medical Treatment Medical Deportation Case Study: Nazism, Religion, and Human Experimentation The New Frontier: Cloning Case Studies in Society, Religion, and Bioethics will find an engaged audience among researchers and scholars in history, religion/theology, medicine, and bioethics interested in the influence of religion on bioethical decision-making. Students—particularly upper-level undergraduate and graduate students interested in bioethics, humanities, and theology—will find the text helpful in understanding the processes through which religion may serve as a basis for both societal policy and law and individual decision-making in health-related matters.