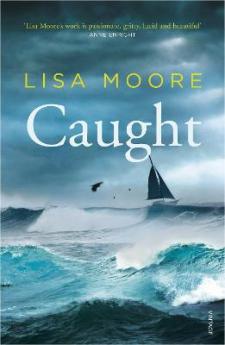 Slaney lay there, flat on his back, chest hammering, looking at the stars. It was as far as he had been from the Springfield penitentiary since the doors of that institution admitted him four years before. It was not far enough. He heaved himself off the ground and started running.

It's June 1978 and David Slaney can be sure of only one thing. He can't get caught. Not this time. He's escaped from prison, needs to make good on the drug heist that went wrong, win back the woman he loves and buy himself a new life. First, though, he must travel across a vast country of watchful eyes, booby traps and friends who could be foes - he can't trust anyone, it turns out. And then on to Columbia, where the real test begins.

With bravado and the exuberant folly of youth, Slaney embarks on a road trip that will take him from the seedy motels of Nova Scotia to a beach party in Columbia, navigating bad weather and a ferocious storm at sea, undercover cops and gun-toting drug barons. In elegant, forensic prose and a fierce, dry humour, Lisa Moore tightens the net around Slaney in a suspenseful and compulsive adventure story.