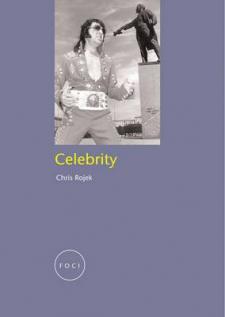 In contemporary society, the cult of celebrity is inescapable. Anyone can be turned into a celebrity, and anything can be made into a celebrity event. Celebrity has become a part of everyday life, a common reference point. But how have people like Elvis Presley, John Lennon, Bill Clinton or Princess Diana impressed themselves so powerfully on the public mind? Do they have unique qualities, or have their images been constructed by the media? And what of the dark side of celebrity why is the hunger to be in the public eye so great that people are prepared to go to any lengths to achieve it, as numerous mass murderers and serial killers have done. Chris Rojek brings together celebrated figures from the arts, sports, politics and other public spheres, from O.J. Simpson and Marilyn Monroe to Hitler and David Bowie, and touches on many movements and fads, including punk, rock-and-roll and fashion. Rojek analyzes the difference between ascribed celebrity, which derives from bloodline, and achieved celebrity, which follows on from personal achievement - the difference between Princess Margaret and, say, Woody Allen.
He also shows how there is no parallel in history to today's ubiquitous 'living' form of celebrity, powered by newspapers, PR departments, magazines and electronic mass media.