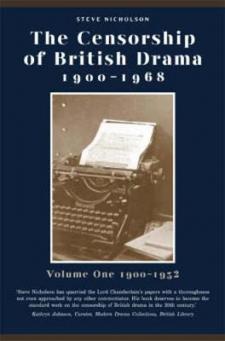 This is the first volume in a new paperback edition of Steve Nicholson's well-reviewed four-volume analysis of British theatre censorship from 1900-1968, based on previously undocumented material in the Lord Chamberlain's Correspondence archives. It charts the period before 1932, when theatre was seen as a crucial medium with the power to shape society, determining what people believed and how they behaved. It uncovers the differing views and the disputes which occurred among and between the Lord Chamberlain and his Readers and Advisers, and discusses the extensive pressures exerted on him by bodies such as the Public Morality Council, the Church, the monarch, government departments, foreign embassies, newspapers, powerful individuals and those claiming to represent national or international opinion. The book explores the portrayal of a broad range of topics in relation to censorship, including the First World War, race and inter-racial relationships, contemporary and historical international conflicts, horror, sexual freedom and morality, class, the monarchy, and religion.