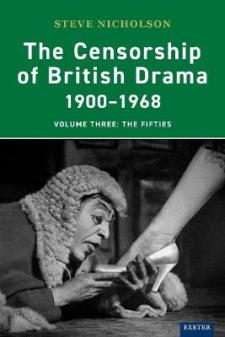 This is the third volume in a new paperback edition of Steve Nicholson's comprehensive four-volume analysis of British theatre censorship from 1900-1968, based on previously undocumented material in the Lord Chamberlain's Correspondence Archives in the British Library and the Royal Archives at Windsor. Focusing on plays we know, plays we have forgotten, and plays which were silenced for ever, Censorship of British Drama demonstrates the extent to which censorship shaped the theatre voices of this decade. The book charts the early struggles with Royal Court writers such as John Osborne and with Joan Littlewood and Theatre Workshop; the stand-offs with Samuel Beckett and with leading American dramatists; the Lord Chamberlain's determination to keep homosexuality off the stage, which turned him into a laughing stock when he was unable to prevent a private theatre club in London's West End from staging a series of American plays he had banned, including Arthur Miller's A View from the Bridge and Tennessee Williams's Cat on a Hot Tin Roof; and the Lord Chamberlain's attempts to persuade the government to give him new powers and to rewrite the law.