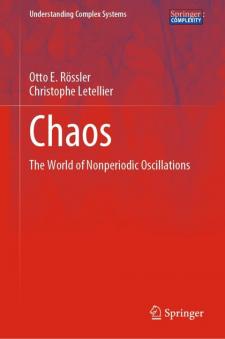 Written in the 1980s by one of the fathers of chaos theory, Otto E. Rössler, the manuscript presented in this volume eventually never got published. Almost 40 years later, it remains astonishingly at the forefront of knowledge about chaos theory and many of the examples discussed have never been published elsewhere. The manuscript has now been edited by Christophe Letellier - involved in chaos theory for almost three decades himself, as well as being active in the history of sciences - with a minimum of changes to the original text. Finally released for the benefit of specialists and non-specialists alike, this book is equally interesting from the historical and the scientific points of view: an unconventionally modern approach to chaos theory, it can be read as a classic introduction and short monograph as well as a collection of original insights into advanced topics from this field.