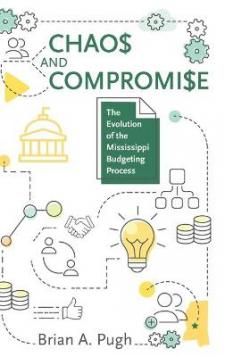 Chaos and Compromise: The Evolution of the Mississippi Budgeting Process takes the topic of budgeting and makes it exciting, and not just for political junkies. Instead of focusing on numbers, this book looks at the policymakers responsible for the budget. Brian A. Pugh provides a historical perspective on the decisions and actions of legislators and governors going back more than a century.

Pugh reviews how Mississippi's budget making evolved and sifts legislation and litigation as well as those legislators and governors responsible for developing this process. Pugh explains in detail the significant actions taken by the legislative, judicial, and executive branches of government that affected Mississippi's procedures. Significant legislation covered includes the passage of Senate Bill 356, which gave the governor the authority to prepare and submit a budget recommendation in 1918; the passage of the Administrative Reorganization Act of 1984; the passage of the Budget Reform Act of 1992; and the passage of the Financial and Operational Responses That Invigorate Future Years Act (FORTIFY) during the First Extraordinary Session of 2017. The first two chapters provide a historical perspective and give the reader an understanding of how legislation and litigation contributed. The book also covers interventions by the courts, which led to the unprecedented separation of powers case Alexander v. State of Mississippi by and Through Allain (1983).

In addition to discussing important laws and legislators, Pugh takes a detailed look at six of Mississippi's recent governors - Bill Allain, Ray Mabus, Kirk Fordice, Ronnie Musgrove, Haley Barbour, and Phil Bryant - to examine their methods for getting the legislature to include their ideas in the often anguished process of making a budget.