Chaos: Concepts, Control and Constructive Use 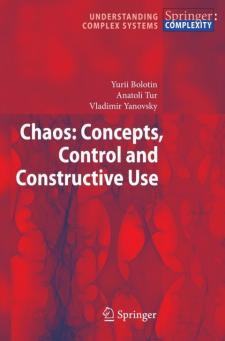 The study of physics has changed in character, mainly due to the passage from the analyses of linear systems to the analyses of nonlinear systems. Such a change began, it goes without saying, a long time ago but the qualitative change took place and boldly evolved after the understanding of the nature of chaos in nonlinear s- tems. The importance of these systems is due to the fact that the major part of physical reality is nonlinear. Linearity appears as a result of the simpli?cation of real systems, and often, is hardly achievable during the experimental studies. In this book, we focus our attention on some general phenomena, naturally linked with nonlinearity where chaos plays a constructive part. The ?rst chapter discusses the concept of chaos. It attempts to describe the me- ing of chaos according to the current understanding of it in physics and mat- matics. The content of this chapter is essential to understand the nature of chaos and its appearance in deterministic physical systems. Using the Turing machine, we formulate the concept of complexity according to Kolmogorov. Further, we state the algorithmic theory of Kolmogorov-Martin-Lof * randomness, which gives a deep understanding of the nature of deterministic chaos. Readers will not need any advanced knowledge to understand it and all the necessary facts and de?nitions will be explained.