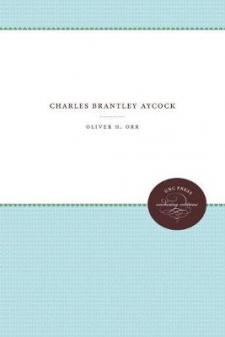 Orr traces Aycock's growth from farm boy to practicing lawyer and on to that final eminence in which his fame spread beyond the state in connection with his brilliant oratory, his interest in public education, and his devotion to the Democratic party. His life became a legend long before he died, at the age of fifty-two, delivering an address titled Universal Education.