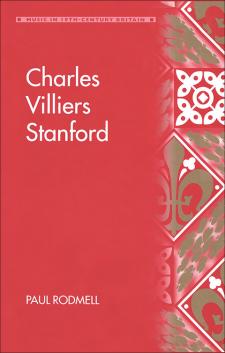 The first book devoted to the composer Charles Villiers Stanford (1852-1924) since 1935, this survey provides the fullest account of his life and the most detailed appraisal of his music to date. Renowned in his own lifetime for the rapid rate at which he produced new works, Stanford was also an important conductor and teacher. Paul Rodmell assesses these different roles and considers what Stanford's legacy to British music has been. Born and brought up in Dublin, Stanford studied at Cambridge and was later appointed Professor of Music there. His Irish lineage remained significant to him throughout his life, and this little-studied aspect of his character is examined here in detail for the first time. A man about whom no-one who met him could feel indifferent, Stanford made friends and enemies in equal numbers. Rodmell charts these relationships with people and institutions such as Richter, Parry and the Royal College of Music, and discusses how they influenced Stanford's career. Perhaps not the most popular of teachers, Stanford nevertheless coached a generation of composers who were to revitalize British music, amongst them Coleridge-Taylor, Ireland, Vaughan-Williams, Holst, Bridge and Howells. While their musical styles may not be obviously indebted to Stanford's, it is clear that, without him, British music of the first half of the twentieth century might have taken a very different course.