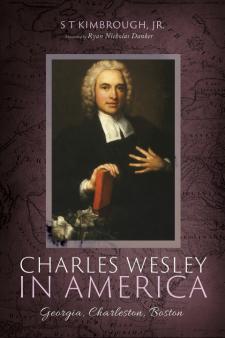 This is the first comprehensive treatment of Charles Wesley's sojourn in the American colonies from March to October 1736. He went to the Colony of Georgia as a missionary of the Church of England, as Colonel Oglethorpe's personal aid, and secretary of Indian Affairs.
His stay in Georgia was filled with discord and conflict. This volume provides the first explanation of why Wesley remained silent in a dispute with two women who had accused him and Oglethorpe of moral impropriety. One of Wesley's shorthand passages deciphered here discloses the reason he refused to be publicly exonerated.
The volume also provides a view of a newly ordained Anglican priest struggling with the responsibilities of his office. Yet one discovers why this very young priest was treated with such open arms by the Anglican clergy of Boston, even being invited to preach in one of the important New England Anglican churches immediately upon arrival.
In some of Wesley's own poetry one encounters his strong negative attitudes toward the Revolutionary War, the colonies' desire to break its ties with England, and toward the British military leadership that lost the war.
In Charles's stay in America, the seeds were sown for a lifetime of opposition to slavery. A rare letter exchange with two former slaves whom he befriended in Bristol provides fascinating insight into their eagerness to learn to read and write and about the Christian faith.