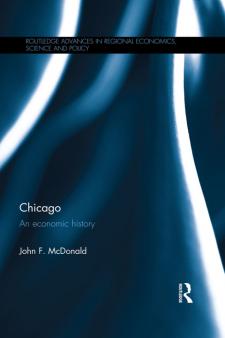 Chicago went from nothing in 1830 to become the second-largest city in the nation in 1900, while the Midwest developed to become one of the world’s foremost urban areas. This book is an economic history of the Chicago metropolitan area from the 1820s to the present. It examines the city in its Midwestern region and compares it to the other major cities of the North. This book uses theories of the economics of location and other economic models to explain much of Chicago’s history. Chicago maintained its status as the second-largest city through the first decades of the 20th century, but rapid growth shifted to the Sunbelt following World War II. Since the 1950s the city’s history can be divided into four distinct periods; growth with suburbanization (1950-1970), absence of growth, continued suburbanization, and central city crisis (1970-1990), rebound in the 1990s, and financial crisis and deep recession after 2000. Through it all Chicago has maintained its position as the economic capital of the Midwest. The book is a synthesis of available literature and public data, and stands as an example of using economics to understand much of the history of Chicago. This book is intended for the college classroom, urban scholars, and for those interested in the history of one of world’s foremost urban areas.