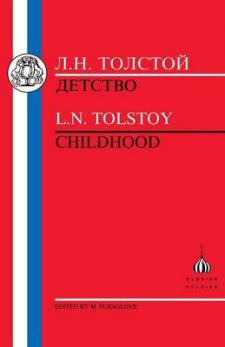 Childhood (Detstvo) appeared in 1852 and was Lev Tolstoy's first published work. Together with Boyhood (Otrochestvo) and Youth (Iunost') it forms a trilogy which, though fictional, is deeply rooted in Tolstoy's autobiography. As the first-person narrator grows out of childish innocence, he develops a growing awareness of the degree of deception inherent in adult behaviour and the extent to which he himself is increasingly capable of deception. Remarkable in its own right for its clear-sighted portrayal of the child's world, the work also contains in embryo themes which dominate Tolstoy's nature work. These are detailed in the introduction to this edition, which also contains full notes and a vocabulary.