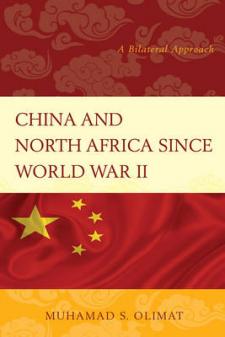 This manuscript examines Sino-North Africa relations on a bilateral level since World War II. It highlights the depth of China's involvement in the region with each country on a five dimensional approach: energy security, trade relations, political relations, arms sales/security cooperation, and cultural relations. Regarding each of these criteria, North Africa holds a strategic significance to China's national security, vital interests, territorial integrity, sovereignty, regime survival, and economic prosperity. China has been an integral part of the political developments on North Africa political scene since the early 1950s. It has supported the region's quest for independence and national liberation, exchanged diplomatic recognition, and established political partnerships.

Apparently, the peoples of the North Africa and Africa at large are enthusiastic about China's increasingly involved role. However, China's heavy involvement in the continent's oil sector, minerals, fisheries, corporate-practices, and its unconditional support to autocracies is mobilizing some resentment over China's intentions in the region. Some intellectual trends are currently equating China with imperialism and neo-imperialism. Therefore, to ensure equitable relations with Africa, China and its corporations should refrain from colonial practices, exploitation, and environmental degradation. China also needs to contribute to the region's process of development, industrialization, development, and stability. Otherwise, its presence might not endure in comparison to British, French, Spanish, or Portuguese presence in the continent.