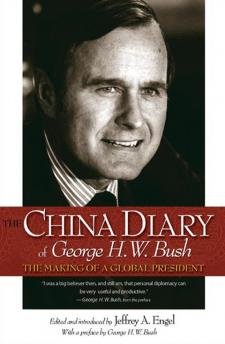 Available in print for the first time, this day-by-day diary of George H. W. Bush's life in China opens a fascinating window into one of the most formative periods of his career. As head of the United States Liaison Office in Beijing from 1974 to 1975, Bush witnessed high-level policy deliberations and daily social interactions between the two Cold War superpowers. The China Diary of George H. W. Bush offers an intimate look at this fundamental period of international history, marks a monumental contribution to our understanding of U.S.-China relations, and sheds light on the ideals of a global president in the making. In compelling words, Bush reveals a thoughtful and pragmatic realism that would guide him for decades to come. He considers the crisis of Vietnam, the difficulties of detente, and tensions in the Middle East, while lamenting the global decline in American power. He formulates views on the importance of international alliances and personal diplomacy, as he struggles to form meaningful relationships with China's top leaders. With a critical eye for detail, he depicts key political figures, including Gerald Ford, Donald Rumsfeld, Deng Xiaoping, and the ever-difficult Henry Kissinger. Throughout, Bush offers impressions of China and its people, describing his explorations of Beijing by bicycle, and his experiences with Chinese food, language lessons, and Ping-Pong. Complete with a preface by George H. W. Bush, and an introduction and essay by Jeffrey Engel that place Bush's China experience in the broad context of his public career, The China Diary of George H. W. Bush offers an unmediated perspective on American diplomatic history, and explores a crucial period's impact on a future commander in chief.