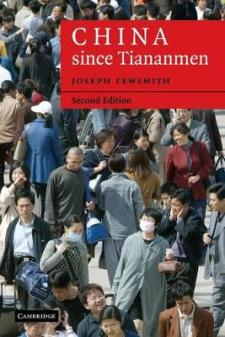 In this edition of his path-breaking analysis of political and social change in China since the crackdown in Tiananmen Square in 1989, Joseph Fewsmith traces developments since 2001. These include the continuing reforms during the final years of Jiang Zemin's premiership and Hu Jintao's succession in 2002. Here the author also considers social trends and how Chinese citizens are starting to have a significant influence on government policies. As Fewsmith - a highly regarded political scientist and a seasoned China-watcher - observes, China is a very different place since Tiananmen Square. In the interim, it has emerged from isolation to become one of the most significant players on the world stage. This book explains the forces that have shaped China since Tiananmen.