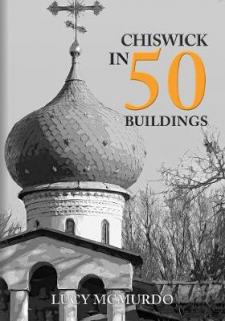 Chiswick is considered to be one of West London's most appealing suburbs, renowned for its leafy appearance, riverside pubs and fine houses. Its four original villages - Strand on the Green, Turnham Green, Little Sutton and Old Chiswick - have remained a cohesive body despite the construction of a major road in the 1950s. The area has always been known for its good air, fishing and riverside trades. In the late nineteenth century Thornycroft & Co. shipbuilders launched their vessels and built the first torpedo boat for the Royal Navy. The yard was close to another of the area's main industries - brewing - and Fuller's Griffin Brewery is still a major business here operating from its 350-year-old site beside the Thames.

In Chiswick in 50 Buildings author Lucy McMurdo presents an engaging and accessible perspective of the area's rich architectural heritage. Walk around Chiswick's streets and you will see buildings from the 1500s onwards in every architectural style. Until the mid-nineteenth century it was renowned for its market gardens and parkland as well as its grand Palladian villa, Chiswick House, designed in the early eighteenth century by the 3rd Earl of Burlington. This remains one of Chiswick's treasures. With the arrival of the railway in the 1860s the area became rapidly urbanised, the population increased and fields made way for housing. Unsurprisingly, many famous people have made Chiswick their home including artists Hogarth and Whistler and poet W. B. Yeats. Illustrated throughout, this book guides you on a fascinating architectural tour of this leafy and attractive London suburb.