Christian Democracy Across the Iron Curtain 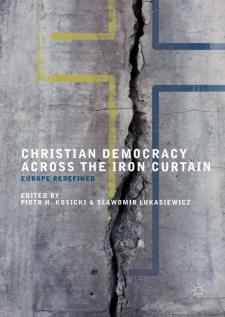 This book is the first scholarly exploration of how Christian Democracy kept Cold War Europe's eastern and western halves connected after the creation of the Iron Curtain in the late 1940s. Christian Democrats led the transnational effort to rebuild the continent's western half after World War II, but this is only one small part of the story of how the Christian Democratic political family transformed Europe and defied the nascent Cold War's bipolar division of the world. The first section uses case studies from the origins of European integration to reimagine Christian Democracy's long-term significance for a united Europe. The second shifts the focus to East-Central Europeans, some exiled to Western Europe, some to the USA, others remaining in the Soviet Bloc as dissidents. The transnational activism they pursued helped to ensure that, Iron Curtain or no, the boundary between Europe's west and east remained permeable, that the Cold War would not last and that Soviet attempts to divide the continent permanently would fail. The book's final section features the testimony of three key protagonists. This book appeals to a wide range of audiences: undergraduate and graduate students, established scholars, policymakers (in Europe and the Americas) and potentially also general readerships interested in the Cold War or in the future of Europe.