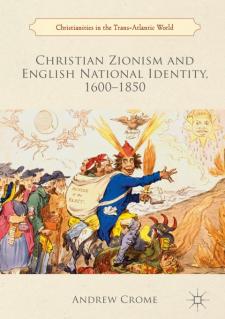 This book explores why English Christians, from the early modern period onwards, believed that their nation had a special mission to restore the Jews to Palestine. It examines English support for Jewish restoration from the Whitehall Conference in 1655 through to public debates on the Jerusalem Bishopric in 1841. Rather than claiming to replace Israel as God's &quote;elect nation&quote;, England was &quote;chosen&quote; to have a special, but inferior, relationship with the Jews. Believing that God &quote;blessed those who bless&quote; the Jewish people, this national role allowed England to atone for ill-treatment of Jews, read the confusing pathways of providence, and guarantee the nation's survival until Christ's return. This book analyses this mode of national identity construction and its implications for understanding Christian views of Jews, the self, and &quote;the other&quote;. It offers a new understanding of national election, and of the relationship between apocalyptic prophecy and political action.