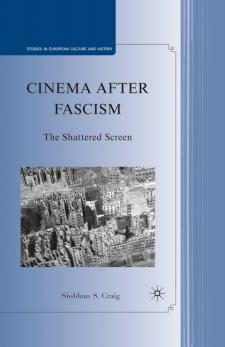 Cinema After Fascism considers how postwar European films glance ambivalently backward from the postwar period to the fascist era and delves into issues of gender certainties and spectatorship. In this period of film, familiar structures of epistemology and historiography reappear as ghostly imprints on postwar celluloid, and the remnants of fascist subjectivity walk the streets of postwar cities. Through new perspectives on the films of Roberto Rossellini, Billy Wilder, Carol Reed, Alain Resnais, and Marguerite Duras, this book examines the ways in which filmmakers acknowledge the fascist past. Siobhan S. Craig reveals that the attempts to reconfigure the idioms of cinema are never fully naturalized and remain highly precarious constructions.