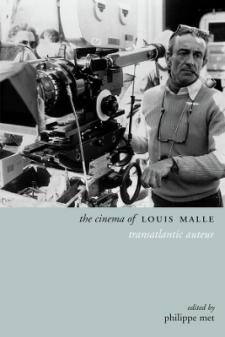 The Cinema of Louis Malle

Arguably a pioneer of the French New Wave (with Ascenseur pour l'echafaud, 1957) Louis Malle went on to enjoy an acclaimed yet provocative and versatile transatlantic career. This collection of original essays proposes to reassess his richly eclectic and boldly subversive oeuvre and redress the surprising critical neglect it has suffered over the years. It does so through a combination of transversal and monographic analyses that use a variety of critical lenses and theoretical tools in order to examine Malle's documentaries as well as his fiction features (and, more importantly, the constant shuttling and uniquely persistent cross-pollination between those two cinematic approaches), illuminate the profound, lasting dialogue his films entertained with literature and theater, bring to the fore their sustained, albeit often oblique autobiographical thrust along with their scathing sociopolitical critique, and scrutinize the alternating use of stars and non-professional actors.

In addition, the volume features an exclusive interview with the acclaimed playwright John Guare (a close friend and collaborator of Louis Malle's who scripted Atlantic City) and is bookended by a foreword by Volker Schloendorff and an afterword by Wes Anderson, two renowned filmmakers who articulate their admiration for, and the seminal influence of, their predecessor.