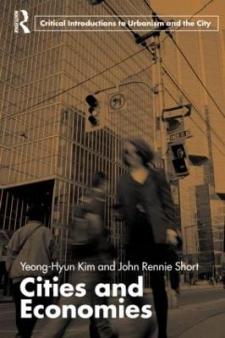 Cities and Economies explores the complex and subtle connections between cities and economies. The rise of the merchant city, the development of the industrial city and the creation of the service-dominated urban economy are all explored, along with economic globalization and its effects on cities in both developed and developing economies. This book provides a thorough examination of the role of the city in shaping economic processes and explains the different effects that economies have on cities. It provides an invaluable and unrivaled guide to the relationship between urban structure and economic processes as they compare and contrast across the world.

The authors examine the complex relationships between the city and the economy in historical and global contexts, as well as evaluating the role of world cities, the economic impacts of megacities and the role of the state in shaping urban economic policies. They focus on the ways in which cities have led, and at the same time adapted to, economic shifts. Large cities are viewed as the centres of regional and national economies, while a small number are defined by their centrality in the global economy.

examines key ideas and concepts on the economic aspects of urban change
explores the changing nature of urban economies and their relationships with changes at the national and global levels
compares current economic issues and policies of large cities around the world
explores the links between globalization and economic changes in cities and the growing competitions between them.

Cities and Economies uses case studies, photographs and maps expanding across the US, Western Europe and Asia. Written in a clear and accessible style, the book answers some fundamental questions about the economic role of cities. It is an essential text for students of geography, economics, sociology, urban studies and urban planning.