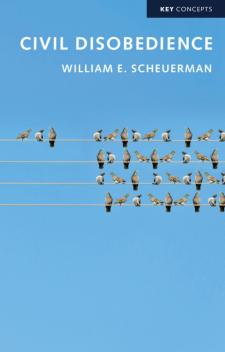 What is civil disobedience? Although Mahatma Gandhi and Martin Luther King helped to bring the idea to prominence, even today it remains unclear how we should best understand civil disobedience. Why have so many different activists and intellectuals embraced it, and to what ends? Is civil disobedience still politically relevant in today's hyper-connected world? Does it make sense, for example, to describe Edward Snowden's actions, or those of recent global movements like Occupy, as falling under this rubric? If so, how must it adapt to respond to the challenges of digitalization and globalization and the rise of populist authoritarianism in the West?In this elegantly written introductory text, William E. Scheuerman systematically analyzes the most important interpretations of civil disobedience. Drawing out the striking differences separating religious, liberal, radical democratic, and anarchist views, he nonetheless shows that core commonalities remain. Against those who water down the idea of civil disobedience or view it as obsolescent, Scheuerman successfully salvages its central elements. The concept of civil disobedience, he argues, remains a pivotal tool for anyone hoping to bring about political and social change.